As the nation recovers from the pandemic, we now face the fallout of two years of sporadic shutdowns and political upheaval, resulting in an economy under siege. Inflation is forcing consumers to pinch their pennies to combat rising costs for everything from groceries to gasoline. In fact, 84.2% of Americans said they had to cut spending to cope, as evidenced by our monthly inflation tracker.

As the ripple effects continue, these factors will also continue to shape how Americans interact with various forms of media. To keep abreast of this ongoing evolution, Attest has launched the first quarterly US media consumption tracker, which tracks everything from social media, audio, TV and streaming to digital and print media habits.

The results of the first quarter 2022 survey describe our relationship with these different media, highlighting how consumption habits are potentially affected by various factors in private and public life. For us at Attest, the goal is to build a repository of historical research to help us better understand how our media consumption habits change over time.

One of the biggest recent news stories in media country is Elon Musk’s impending (or not) takeover of Twitter. Despite the fanfare surrounding its platform reform plans, the survey showed very little usage growth. Compared to the fourth quarter of 2021, Twitter only saw a 0.9 percentage point increase in weekly users at the end of the first quarter of 2022.

It also recorded a 0.5 percentage point increase in the number of people who say they “never” use the platform. This puts half of working-age Americans (50%) in the non-user category and shows the challenge Musk will face in making the platform attractive to the average American (if the takeover does indeed occur).

When it comes to other social media platforms, Facebook and Instagram have suffered a similar fate. Both platforms saw their non-user numbers jump by 2.3 and 2.5 percentage points respectively. Snapchat fared even worse with an increase of 3.3 percentage points, bringing the total number of non-users to 53.2% of Americans.

As for the Q1 winner, TikTok is the only platform to see an increase in usage. That might come as no surprise, as the short-form video platform has had a steady winning streak over the past two years. Another notable win is held by YouTube, which saw a 5 percentage point jump in daily active users. For those who are still hesitant to integrate some sort of video marketing system into their business, research indicates that there is no better time than now.

Whether you’re commuting to work in the morning or shopping for groceries, it’s not uncommon to see other Americans with headphones on, streaming music or catching up on a podcast. Overall, this love of listening is showing signs of steady growth, with a 2 percentage point increase in the number of people streaming music daily and a 2.2 percentage point increase for podcasts.

Q1 research points to nascent competition between two of the major audio streaming platforms – Spotify and YouTube Music. According to the results, YouTube Music is poised to overtake legacy platform Spotify for the top spot, with a 1.7 percentage point increase in users in the first quarter. At the close of the survey, a staggering 34.8% now tune in to YouTube Music, a razor-thin margin from the 38.7% of working-age Americans who regularly use Spotify.

Other audio streaming platforms are not so lucky and lag far behind these two giants. Amazon Music, Apple Music, Google Play Music and SoundCloud all lost users according to research, with Amazon Music recording the biggest decline, dropping 4 percentage points from the fourth to the first quarter and only 18.4% of Americans using the platform. regularly.

Another trending media story from earlier in the year was Netflix’s explosive announcement that it was planning to raise its subscription price for the first time in two years. The ultra-popular streaming service justified the price hike as a way to stay competitive, produce more content and curb the bad habit of password sharing.

In April, Netflix reported hemorrhaging 600,000 subscribers in the US and Canada, but Q1 research highlights an interesting phenomenon: the strongest growth in regular users across any streaming service. We saw a 2.8 percentage point increase in the number of people watching the platform at least once a week, bringing the audience to an astonishing 71.2% of working-age Americans . While a surge in popularity says a lot about the value Americans place on Netflix content, it also potentially reinforces the password-sharing conundrum facing the platform.

As for competitors, user growth was dismal at the start of this year.

When it comes to digital and print media, it may come as a surprise that subscriptions to paid content didn’t plunge massively in the first quarter due to rising inflation. The research found just a 0.9 percentage point drop in the number of Americans reporting no such subscription, and overall digital content subscriptions remained flat at 14.3% of consumers holding one. or many.

It should be noted that the extremely negative news program could be a factor in why there was a 1.3 percentage point increase in the number of Americans who “never” use internet websites and apps. news, with almost a fifth (19.5%) of the population avoiding news content. This is further confirmed by the fact that the use of more traditional entertainment mediums such as TV streaming, podcasts and music streaming remained an essential part of consumers’ daily lives in the first quarter.

As American society continues to undergo massive change and growth, tracking US media consumption live will provide a vast wealth of data for brands looking to understand how to capture different demographics, meet consumers where they are and make big decisions about where to budget their advertising dollars. 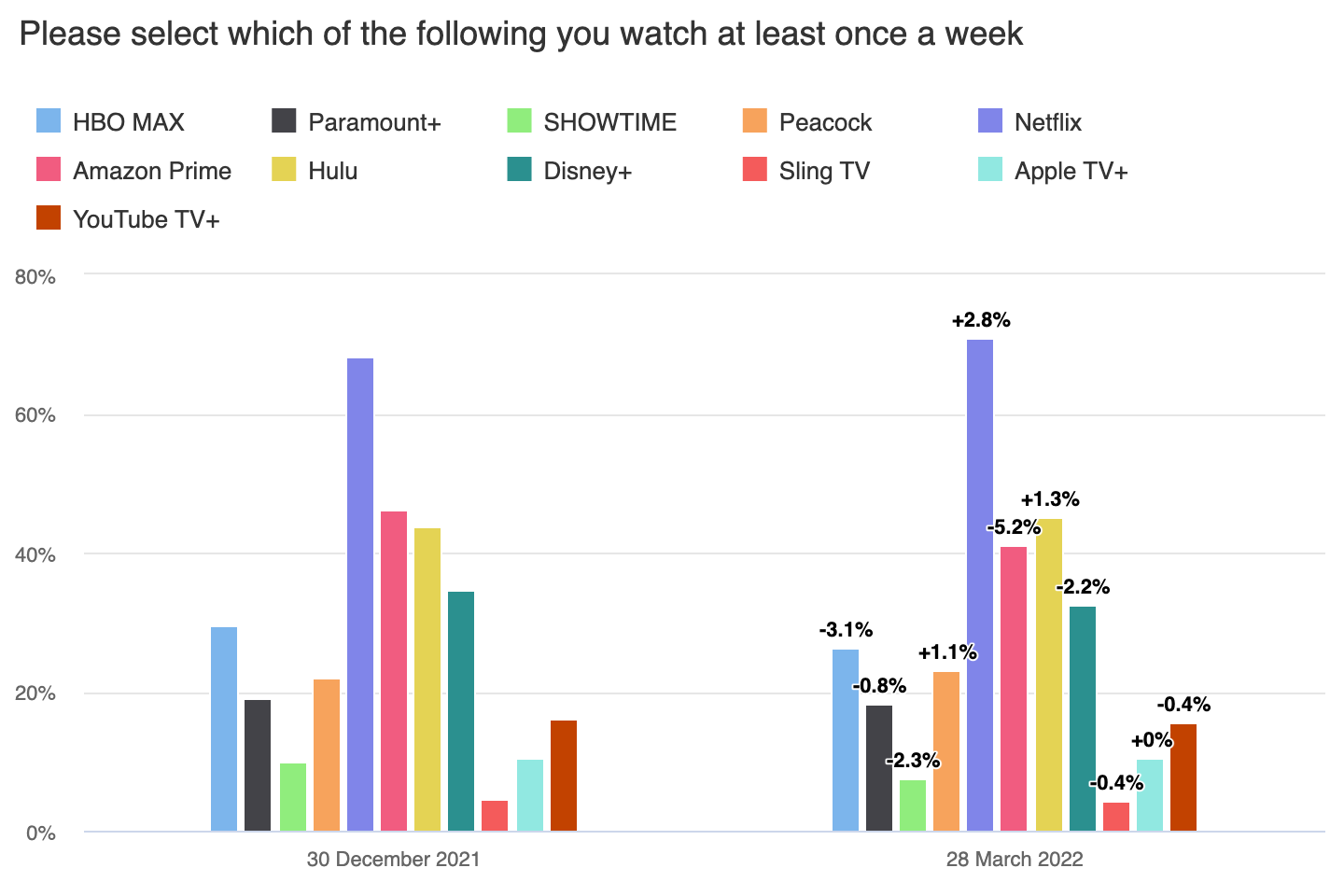 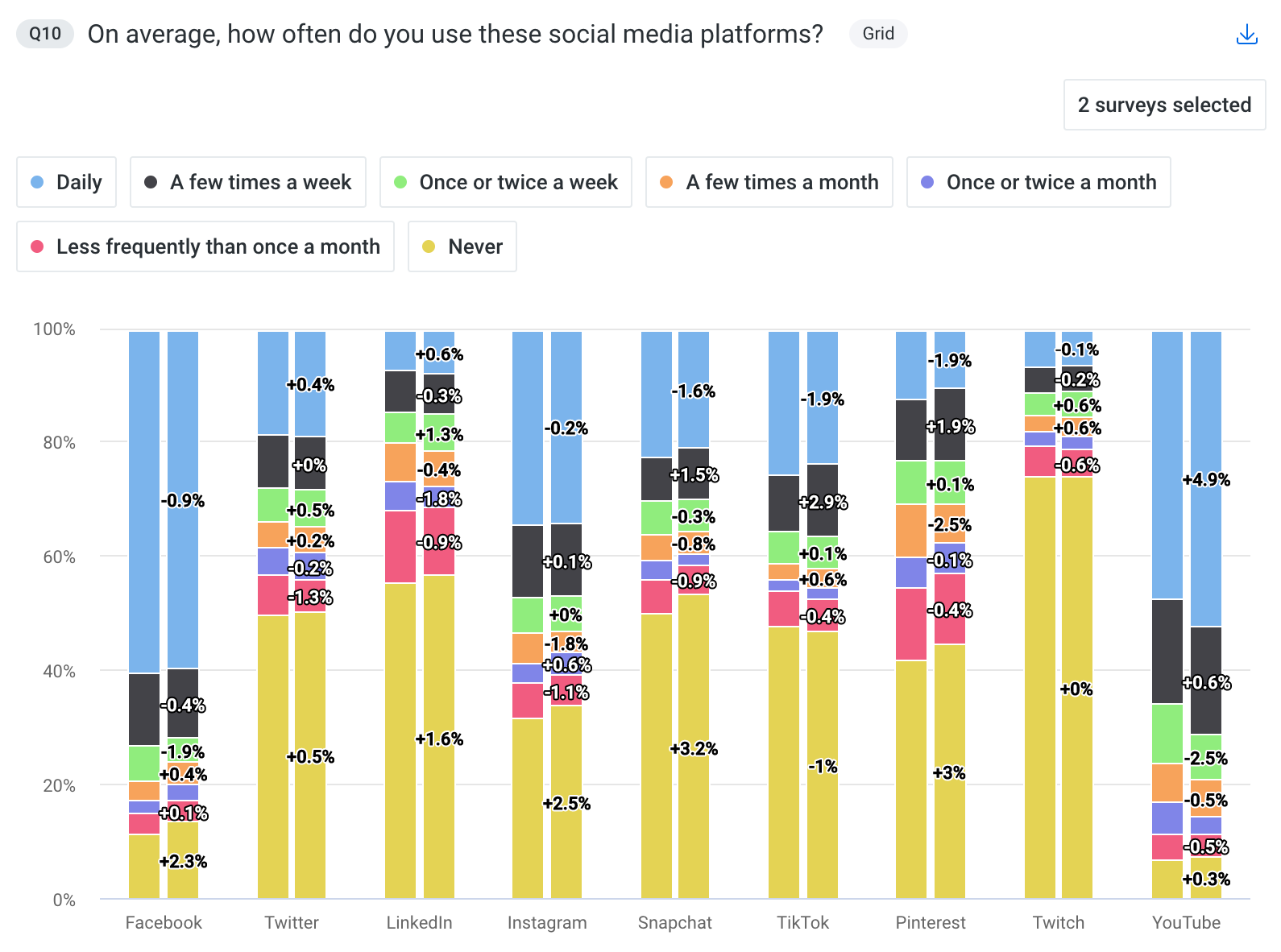 Written by Jeremy King – CEO and Founder of Attest